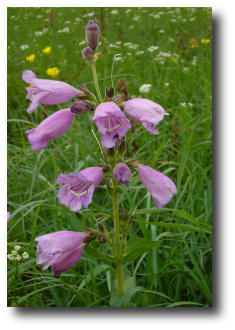 K.R. Hickman, and J.D. Derner of the USDA ARS found that removing herbicide applications of Blackland Prairie remnants after 25 years of application led to a dramatic increase in annual forbs but not the return of many later successional perennial forbs (herbaceous flowering plants aka the good prairie flowers) that should be present.  They suggested that conservation efforts may need to include reintroduction of perennial forb species that were killed by the herbicide application.

Some prairie hay meadows are unfortunately herbicided in the mistaken belief it will lead to more forage per dollar, but most groups including Kansas State University say that costs (herbicide and application) are not worth it economically and do not justify application.  Also, native plant enthusiasts and conservationists are also against mass herbicide use because it leads to a decrease in biodiversity by killing the perennial native plant species (especially the pretty prairie flowers) that are so rare.  This seems like another instance when the range management/agricultural point of view and the scientific/conservation point of view agree.

Of course, it is better if herbicide is never applied en-mass to native hay meadows and only used in restoration efforts to eliminate non-native and invasive plants and control woody invaders (like mesquite).  This would avoid the dramatic increase of annual forbs and also avoid the need for restoration of perennial forbs caused by the herbicide usage.

This site uses Akismet to reduce spam. Learn how your comment data is processed.